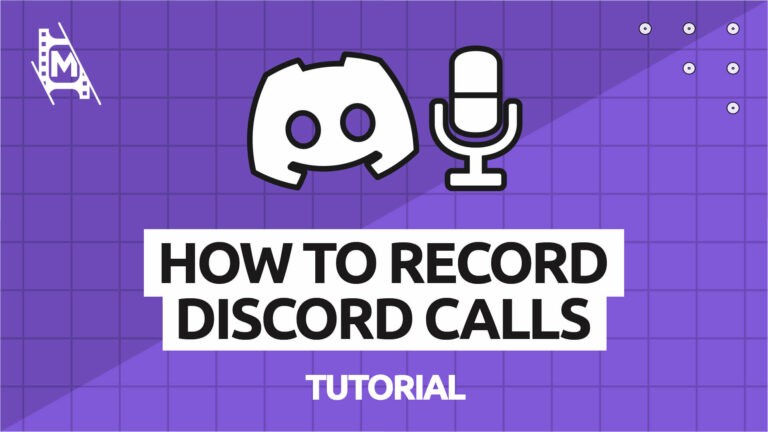 So you want to record your calls on Discord? Maybe it’s for a gameplay video, podcast, or to capture memories with your friends.

In any case, Discord does not have call-recording capabilities inherently, but don’t sweat! There are many free tools out there that can do the job.

Today we are looking at the three best methods to record Discord calls on your PC or smartphone.

If you want to record Discord calls on a PC while also capturing gameplay or webcam video, your best bet is to use OBS Studio.

OBS is a free, open-source recording and streaming software. You will find many tutorials online on getting started. We even have our own here.

But for the sake of this guide, we will show you all the steps to set up Discord recording within OBS from scratch.

But there is a lot more you can do, though. For example, you could add a webcam video or screen capture. This is especially helpful for gameplay videos and such.

Maybe you only want to record audio. The thing with OBS, though, is that you can’t just save the recording as an mp3 or WAV audio file. Instead, you would have to export the recording as a video and then convert it to an audio format using an online tool or another software.

Because this is a bit of a hassle, we recommend the next method if you only plan to record audio!

Another method of recording Discord calls is with Audacity if you don’t want to use OBS.

Like OBS, Audacity is also an open-source software you can get entirely free. It is mainly used in music, vocal, and podcast recording.

But capturing both the sound of your computer and your voice is not as easy as in OBS. It will require that you have a USB mic like blue yeti and some configurations we will show you below:

If you are having any issues, check the sound settings on Discord and make sure both output and input are set to ‘Default.’  If this does not work for some reason, change to the microphone device you are using.

Remember that only users with permission to manage the server can use the Craig bot to record calls.

You can, of course, use Craig on your desktop devices as well if you don’t want to use OBS or Audacity. The downside of using the Craig bot is that it does have pretty limited control over recording quality.

In addition, not everyone might feel comfortable letting a third-party service record Discord calls as well. But that is up to you to decide!

All in all, the best methods to record discord calls right now are:

These methods are entirely free and can be done without much hassle.

Remember that recording calls without other participants’ permission is illegal in some countries.

Depending on where you live, it might be a good idea to check the laws and always ask the other participants before they are recorded. Since this is not legal advice, it’s good to do some reading on this yourself!

For any more tutorials, tips, and guides on Discord, check out our other articles here!