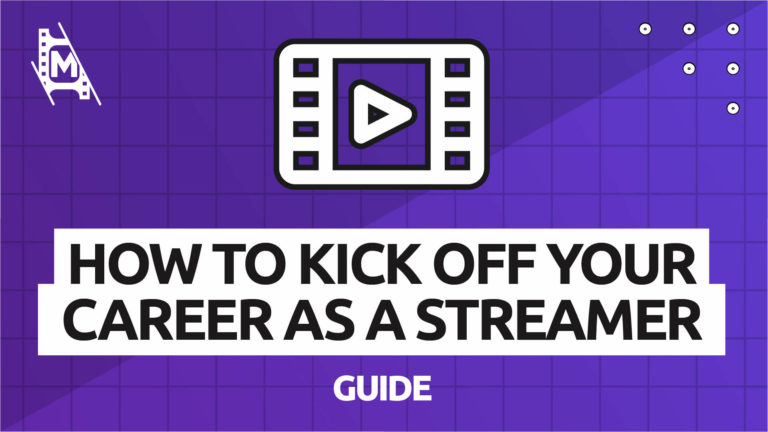 Have you always wanted to begin your career as a filmmaker, but you just didn’t know where to start? Do you feel like the competition is incredibly large, and you will never be able to barge in? Do the circumstances never work in quite the ways that you imagine them to?

We assure you: do not give up.

5 Ways to Steps to Start Your Career as a Filmmaker

Like with everything in life, you won’t achieve your goals unless you have them laid out.

If you are seriously considering making filmmaking your full-time career, formulating your goals as early as possible is the key. When you do not know what it is precisely that you want to achieve, there is nothing to work towards, and thus you will never be able to kick off your filmmaking career.

The process of clearly setting your goals begins with self-honesty, confidence, and realism. You need to be transparent with yourself when you start the process of developing your goals, and you need to possess a realistic assessment of your strengths and weaknesses.

Begin the process of this self-inquiry by finding your why. Ask yourself, what is it that really drives you? What kind of stories do you want to tell and through which medium? Why do you want to accomplish your goal in the first place?

Once you answer these questions and formulate the answers in a cohesive few-sentence paragraph, you will be able to find your why. Your why is an internal purpose that will drive you throughout your career and that will assist you in all your decision-making struggles.

When you state your career-orientated goal, it is vital to define your objective as clearly as possible from an early stage. Implicate your why into your objective, and it will make it easier to establish it. Use concise wording for your goal and choose a specific timeframe in which you would like to manifest this goal into reality. The concise wording will help you to narrow it down to the most critical aspects of your goal. It is also imperative to be realistic about this goal and know when you will be able to achieve it.

Here are some examples of how you can formulate your goals:

Once you have these goals composed, you now know exactly what you will be working towards. This goal will now function as a roadmap that will bring you closer to what you have put in front of yourself as an objective.

Now that you have your goal set, the next essential step is to try to seize it using practical methods.

Practice makes perfect. There is no way around it.

Suppose you want to become a successful director/cinematographer/writer/production designer/electrician/editor, etc.. In that case, it is only through repeatedly practicing the craft that you will self-actualize yourself in it.

In his bestseller Outliers: The Story of Success, Malcolm Gladwell has popularized the idea that if you want to master something, you will need 10,000 hours of practicing this particular craft.

Learning filmmaking as a craft is an accumulating process. The more short films you shoot, the greater is your portfolio and, thus, your potential to stand out. With every single movie you shoot or work on, you will receive practical knowledge to apply to your later projects. Do not be afraid to experiment with your earlier short films. Perhaps you would like to use techniques you are trying out at the beginning of your career at the later stage of your filmmaking career.

Don’t be afraid to make mistakes. The more mistakes you make in your career as a filmmaker early on, the more you learn, and therefore the greater you are later on projects will be. Failure is a great teacher, and you need to embrace every single mistake that you make to flourish at a later stage.

Start from the bottom and go for production assistant or grip jobs. If you learn quickly and perform well, you will likely be invited to other sets by the people that you met on this particular one.

This brings us to another important aspect of launching your career as a filmmaker: networking.

Filmmaking is an industry that largely relies on connections and networking. Sometimes, being a talented filmmaker is not enough.

You need connections that can get this talent of yours to places. The people that you meet and surround yourself with are, in most cases, the ones that are going to offer you work or collaborate with you in the future.

Apart from learning the craft under the supervision of industry professionals, film schools are also a great place to meet collaborators and like-minded individuals. One of the main reasons why young filmmakers go to film school is to expand their network. And the truth is that it is not only your classmates that you can build meaningful connections with. Loads of film schools provide extensive alumni networks that can connect students to the more prominent industry players.

Winning an award at a film festival may not be as important as you think. Many filmmakers argue that the main function of attending film festivals is the expansion of your network. During press releases, afterparties, and pre-screening gatherings, filmmakers meet their collaborators, financiers, and sometimes even lifelong friends.

The truth is that local creative meetups do not have universal conventions on how they are run, and it is practically impossible to predict who you will meet there. Great places to look out for these gatherings are on Facebook groups or other apps such as MeetUp.

Networking is a skill in itself. There needs to be a right way of approaching people and particular ways to communicate your ideas to them. The more time you spend networking, the better you become at it.

Effectively expanding your network is essentially related to the knowledge of how to market yourself.

4. Learn How to Market Yourself

Knowing how to market yourself is fundamental once it comes to building your career as a filmmaker. However, many overlook it. If you want to make filmmaking a full-time career, you will need to find ways to sell your services and thus market them accordingly.

The intention of marketing yourself to others lies around the idea of a personal brand. Each successful filmmaker has established their personal brand to the public; this has helped them to land loads of jobs, establish the trust of producers, and build an effective network system. Your personal brand is your unique selling point that can get the attention of the clients and create a fan base.

There are many ways to reinforce your brand in the digital age.

Now, it is almost imperative for a filmmaker to have social media accounts. Using Instagram, Facebook, Vimeo, and YouTube are great places for filmmakers to showcase their work to fans and potential clients.

Besides, these are also great places to establish creative collaborations and expand your network.

Another critical aspect of marketing yourself as a filmmaker in the digital space is to have a presentable and concise website. Usually, filmmakers put their creative reels, biography, credits, and other sample works on their websites. If you decide to make one, to further advance your career, try to keep it as presentable and straightforward as possible.

Perhaps watching movies was what made you want to get into this industry in the first place. But what if we tell you that watching loads of films can help you along the way in a career as a filmmaker.

The more movies you watch, the more accustomed you get to different styles, genres, shots, techniques, structures, film movements, directors, and many other things. In other words, you learn to understand the cinematic language more and more. Cinematic language is a metalanguage that filmmakers use to communicate their ideas based on the commonly liked and watched films.

Watching the works of others can also inspire projects of your own. For example, director Guillermo Del Toro admitted that he watches 2-3 films every day to get his creative flow going.

If you see a shot you like, you can always refer back to it when working on your own film to replicate it. In the words of Pablo Picasso, “bad artists copy; great artists steal”. Many renowned filmmakers (like Quentin Tarantino, Christopher Nolan, Stanley Kubrick, Martin Scorsese, just to name a few) have publicly admitted that they have stolen, re-imagined, and got inspired from works of their colleagues and predecessors.

When you watch a film, try to actively watch. See if there are certain scenes in particular that you have liked. See what moments in the plot resonate with you the most. After you are done watching a film, take notes, research the director and production process. Be more critical and see the movie from a filmmaking perspective. Make movie-watching more of a learning process.

This active watching technique also applies to advertisements and music videos. If you set your goal to become a commercial director, do your best to watch as many commercials as possible. See what has been done in the past and what people have liked in particular. If you would like to work in the music video sphere, see what is trending right now. Understanding what is happening in the music industry will essentially help you to stay afloat.

While there is no right or wrong way to effectively launch your career as a filmmaker, combining these five proposed methods will give you an overall sense of direction and clarity.

Yet you should not solely rely just on these strategies and good luck. Filmmaking demands passion, perseverance, and loads of resources. When you decide to embark on your filmmaking journey, keep all these things in mind.

And if you genuinely consider all these aspects, work hard, and follow these strategies, there is no reason why you should not self-accomplish yourself as a filmmaker.