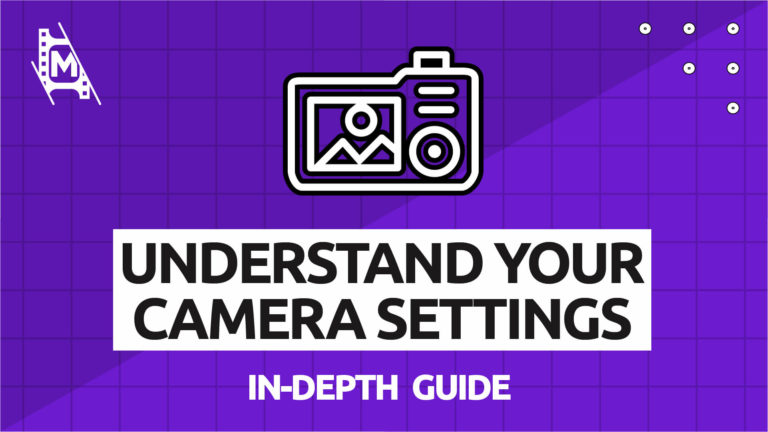 Understanding your camera and its features can help you make better videos. To get the most out of any camera, you need to understand its essential features and functions. Our guide dives deep into this subject so you can become an expert with a bit of practice.

Resolution refers to the sharpness or detail of the image. We measure resolution by the number of pixels in an image. The more pixels, the higher the resolution is.

Compression is the prosses of shrinking the file size of the image or video. It saves you storage on an SDcard or harddrive. The downside is, though, that compressed video or images lose some of the clarity and quality of an uncompressed image.

You can find your cameras export setting in the main menu. From there, you can adjust the resolution and compression of the video. 1080p resolution is considered a standard with 4k growing in popularity.

Higher-end cameras usually offer RAW export settings. When video exports in RAW format, it is unprocessed. This gives you finer control when tweaking the video later in post-production. Keep in mind though that RAW files are huge at require a lot of space on a drive.

If you have a lot of storage, it is always best to go with the best quality and then compress the finished video for youtube.

A viewfinder displays the image you are about to take on a camera. It gives you a general idea of what scene you want to capture. We often take the viewfinder for granted, but once you understand all its features and uses, you can shoot better videos.

Most cameras come with the option to place grid lines onto the viewfinder. Framing grids are a powerful tool that can help you shoot more aesthetically pleasing videos. Framing grids are used to ensure horizons are straight and that subjects are spaced out evenly throughout the frame. It gives structure and order to the image.

3×3 grid – is the most commonly used. Also called the rule of thirds grid, it divides the image into 3×3 blocks. Placing your subjects upon the grid lines or where they intersect should theoretically create a more esthetic image.

4×4 grid – This is called the square grid. It divides the image into 4×4 blocks. The 4×4 grid gives you more lines and intersections to work with.

What is Frame Rate?

All video has a specific frame rate. You can think of video as being made up of several images moving rapidly to create the illusion of a moving image. Frame rate is the speed at which those images are shown.

Frame rate is expressed in frames per second or FPS. You can set the frame rate in your camera settings. What frame rate you choose depends on how you want the video to appear.

24 FPS – The most common frame rate used in movies, vlogs, and most videos. This frame rate is most similar to how we see the world.

60 FPS – When recording video with much action, like sports or video games, you want a higher frame rate than 24 FPS. 60 FPS allows you to capture the action more clearly. It can also allow you to slow down a video in post without breaking the illusion of a moving image.

There are more framerates we don’t cover in this guide. But the two above are the most common ones and all you need to know to get started.

In cinematography and photography, one of the most important fundamentals is the exposure triangle; ISO, Aperture, and Shutter Speed.

All three components control different aspects of an image, but together they also affect exposure; that’s why they are called the exposure triangle.

Understanding these settings helps you record better video and enhances production value for your vlogs. Here, we cover all the components and how they relate to one another.

ISO lets you adjust how sensitive the camera sensor is to light. This affects the exposure of the image; in other words, how bright or dark an image appears.

An important thing to note when shooting video in low light conditions is that a higher ISO leads to lower video quality. So when shooting video, you generally never want to compromise quality. Stick with a lower ISO in a well light environment to get the best results.

In a camera, the aperture is the amount of light the camera lets in. Aperture controls the depth of field. Put very simply; It controls how blurry or sharp a picture appears.

Aperture is expressed in terms of an f-stop value. A higher f-stop number means that less light passes through the lens.

Aperture also affects the exposure of the image.

Aperture Priority Mode Is when your camera lets you control aperture manually while it takes charge of the shutter speed.

What is White Balance?

Unlike our eyes, that can adjust to changing lighting conditions in an instant; a camera has to be told what it looks at. Because of this, unrealistic color casts can occur in an image.

The process of removing discoloration from an image is called white balance. Most cameras have auto white balance, but it is also possible to adjust it manually.

Most cameras offer automatic white balance. Although very useful, sometimes you need more control. Most DSLR’s have a preset to match different lighting conditions such as tungsten, fluorescent, sunny or cloudy. They are easy and quick to use.

Manual white balance is available in DSLRs and most compact cameras. This setting allows you to set your white balance by pointing the camera at a white wall or paper as a reference. By doing this, you show the camera what white should look like.

The information above should help you shoot better and more exciting videos as well as getting the most out of your camera. Keep in mind that it doesn’t matter what camera or budget you have; most of these settings can be found on a smartphone, be creative!

If you found this guide useful, and want to improve your videos, we invite you to check out the Lighting for Youtube Videos Guide.