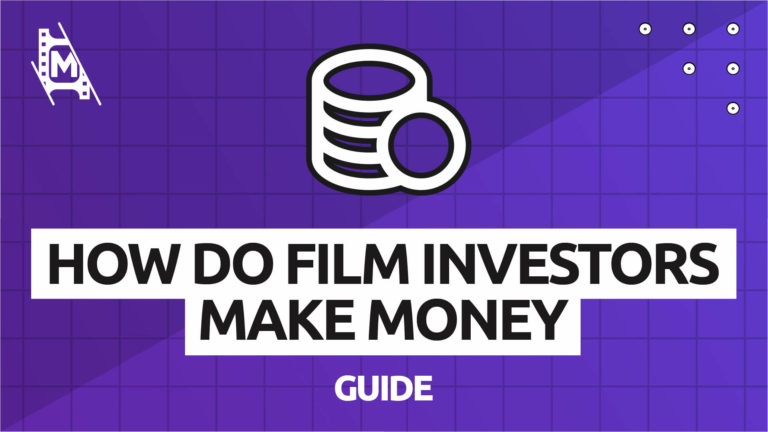 Film investment is murky territory for filmmakers. There’s a lot of Hollywood accounting, favors, and begging involved. In terms of risk and reward, investing in film isn’t the smartest endeavor because of its extremely high risk. Unfortunately, financial rewards aren’t always forthcoming either. So one might ask; How do film investors actually make money?

In this article, we are going to share with you how film investors make their money back. So if you want to have your name in lights as an executive producer or understand how to get funding for your next project, keep reading.

A theatrical release is the holy grail of the distribution process and the main way big film investors make money. But it’s only available to a small percentage of the filmmaking population. In 2018, 873 films were released in the US theatrically. That may sound like a lot, but consider the fact that tens of thousands of movies didn’t make it.

Your film must partner with a distributor to obtain a theatrical release. Investors make their money back off the distribution “waterfall.” A waterfall is how profits flow back to the source. Usually, investors are the first to make money if there are any profits.

A minimum guarantee is a sum that distributors provide as an assurance. So if your distributor trusts that your film will make them money, they may give you a sum upfront. Ten years ago, it wouldn’t have been unheard of for an independent film to receive $300K + upfront.

Thank VOD streaming and big blockbuster franchise films, which have reduced the box office draw of indies. These days you’d be lucky to get any minimum guarantee. If a reputable distributor offers one, please strongly consider it as it may be the only money you or your investors ever see.

The benefits of a theatrical release truly lie with the status of having your film screened in the cinema. But seeing your film playing in front of a paying audience is a rarity in the film world.

It’s the dream of many young filmmakers.

However, not all investors care about this. Some will simply want their money back. However, again, investing in film is inherently risky. It doesn’t matter what the film is.

Any movie can lose your investors money.

The risk in a theatrical release lies with the significant upfront costs. For your film to be screened, distributors must pay movie theatres. These expenses can exceed $100K. And investors will not see a penny until the distributor has made their money back.

Think of it this way. By the time the film investor sees their money, the theatre needs to get paid, then the distributor.

Theatrical releases are where investors can make real money, despite the drawbacks. Cinema tickets offer the most returns, and if your film is successful enough, you can follow up with a VOD release.

There are probably five others that I’m missing. VOD streaming is not only the future of the film industry; it’s firmly the present. Streaming subscriptions increased tenfold thanks to the COVID-19 pandemic, and let’s face it; the film industry would have died without it.

Netflix has dominated the film industry for many years and continues to experience exponential growth. However, we live in an era of convenience, and for most movie-goers, the cinema presents more inconveniences than a streaming service.

Okay, but how does a film investor make money from this?

Well, to be quite honest. Streaming platforms like Netflix and Amazon Prime are notoriously secretive about their deals.

If you want to make your investors money from these platforms, you must ensure that you get a buyout deal upfront. Please don’t rely on seeing profits from the views because it requires a lot.

One million hours is viral territory. And less than 1% of filmmakers live in this territory.

Once Netflix buys your film, they own it. The problem here is that, once your movie is on Netflix, that’s pretty much the only place people will go to watch your film.

If it’s a runaway hit, then Netflix may be all you need for your film investors to make money. But if it’s not? Then you’ve minimized your distribution chain.

Because when your film is out, it’s out.

Let’s face it. No one likes talking about tax.

But when it comes to filmmaking and paying back investors, a tax credit is the only surefire way of some returns.

A tax credit is the money that is offset on the backend via a tax rebate or transferable credit. For example, if you spend $100,000 on a film eligible for a tax credit of 20%, you can receive $20,000 on the backend.

Of course, this is never profitable. But it’s a calming offer to film investors that they can at least make some of their money back.

The UK and Europe are very film-friendly in terms of tax relief; thus many producers relocate their productions there to ensure eligibility.

Many American states do not offer a tax credit; thus, if you’re an American investor, you need to focus on the states that do. Here is a list of some of them:

The world of film finance offers investors and filmmakers many hurdles. So I’d urge financiers looking to invest in movies to think hard about their reasons why.

Without financial support, the world is starved of talented filmmakers and artists. Investing in film works when investors consider their contribution as more of a donation than an investment.

Making a profit from a film should be a bonus, not a requirement.

However, if you want to turn a profit, the rapid democratization of cinema ensures there are many ways for film investors to make money.